With the Philharmonia Orchestra

Rehearsing at St. Luke with the PO for my Cadogan's Concert in London 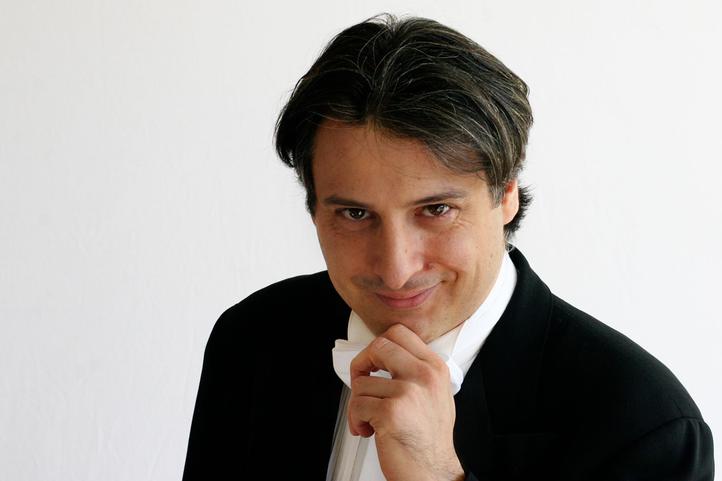 Kubrick's 2001: A Space Odyssey
A live soundtrack to picture I have

created in collaboration with Warner Bros

From Toscanini, Benedetti-Michelangeli, to Marconi

Coming from a Marconi family, I inherited a pair of ears that respond to the purest sound of music.
It was at the age of six when I first heard Vivaldi's Four Seasons. From that day, I knew that music was my life, and it has been so ever since. Soon after I entered the Liceo Musicale in Trento, and from there music took me all over Europe and across the continent to the USA.

Carrying on the Tradition

During my training years I had the privilege to study and work with the inheritors of two of the greatest musicians - Arturo Toscanini and Arturo Benedetti-Michelangeli, who became key influencers to my music characteristics. Since a young age I studied piano with Michelangeli's first ever student the pianist Olga Gorgazzini, and conducting with Maestro David Callahan, student to Maestro Attilio Poto, Toscanini's protégé in the USA. I completed my composition studies with Maestro John Bavicchi, student himself of the great Walter Piston at Harvard University.

Perhaps it was the meeting of the like-minded, perhaps it was something which was already embedded in my family's DNA. This early experience firmly established my attitude to music – to serve music in its purest form, to stay true and honest to the composer’s intend.
It was the love towards classical music which brought my world to life and drove me to conduct some of the most beautiful repertoire – varieties include Mozart, Beethoven, Bartók and Verdi.